Hello, reader! In this unlisted page, there's some stuff that's more personal to my coding career not found elsewhere.

Unfortunately, due to the games getting literally cancelled by China's censors, my glorious title of having been on the strategy games leaderboard since 2019, when I was still in middle school, is now officially over. Here's two screenshots of their rankings earlier this year, before all the crazy stuff happened:
I'm glad to have received 10k+ good ratings, and though I've stopped really reading them after I almost got a bout of depression reading a bunch of hateful comments as a younger self, I appreciate how this is much more than just numbers... it's very real people I've connected to. How many apps have I reviewed over my lifetime? Probably less than a dozen. I think that speaks more than just downloads or active players. Maybe I even get to call myself an influencer, despite having no real social media presence.

Yong Feng (me as my dad) vs. Azur Games: copyright dispute

The quick game "Map Wars" I made last year Map Wars got "sued" by Azur Games because they claimed it to be a "complete ripoff". I received the message on a weekend morning and immediately spend several hours making my heated rebuttal... I was particularly mad because they claim that I caused "significant losses" on a 300-strong game company, when I made something like barely a thousand dollars from the entire game. If that's a significant loss for a company that big, I'd say they're underpaying their staff. Here's the back and forth "online court", where we took turns presenting evidence for the all-mighty justice Tim Apple:

Azur Interactive Games Limited has recently discovered that the total clone of its game was published: "Map Wars".

Azur Interactive Games Limited states that "Map Wars" game infringes its copyright because it replicates the gameplay organization and experience of the original game:

In accordance with the Article 512(c) of the Digital Millennium Copyright Act a service provider is liable for the infringement of copyright in case if it has been informed about the infringement.

Thus, we kindly ask you to review our claim to "Map Wars" and delete this game from the platform.

You can reach Complainant through [Redacted], copied on this email.  Please exchange correspondence directly with Complainant.

We look forward to receiving written assurance that your application does not infringe Complainant's rights, or that the parties are taking steps to promptly resolve the matter.  Please keep us apprised of your progress.

Please note that during the course of this matter:

2.  Written assurance of rights may include confirmation that your application does not infringe Complainant's rights, an express authorization from Complainant, or other evidence acceptable to Apple, and should include documentation wherever possible.

3.  Should you choose to remove your application (for example, while you make any necessary changes), visit App Store Connect at https://appstoreconnect.apple.comand access your app in the Manage Your Application module.

4.  Developers with a history of allegations of repeat infringement, or those who misrepresent facts to Apple and/or the Complainant are at risk of termination from the Developer Program.

5.  Failure to respond to the Complainant or to take steps toward resolving a dispute may lead to removal of the app(s) at issue as in violation of the App Store Review Guidelines and/or the iOS Developer Program License Agreement.  Please keep Apple apprised of your progress.

Thank you for your immediate attention.

I, Feng Yong, am a student developer and respected individual that creates original games and publishes them around the world. I also holds the rights to the game "Map Wars".

I have received complaints by Azur Games that my game Map Wars is a "clone" of their product State.io. I vehemently disagree and will attempt to prove point by point why this is not the case. In their argument, they state that I replicate their product in terms of game mechanics, UI, visual effects, and level mechanics (I do not understand what APK stands for in this context, as I certainly did not use an APK file for any of Apple's services). I will also attach screenshots of both apps side-by-side and explain the vast amount of differences that exist between all aspects of the two games.

First, although it is true that both games use maps of world countries, it is not a copyrighted concept to have world maps that split into regions or provinces. It is in decades-old strategy games like Risk, which I will attach a screenshot of as well to compare.

Third, my game, Map Wars, has a heavy emphasis on special Perks, the Map Editor, and community content, none of which have meaningful comparisons in State.io. My Map Editor allows users to create their own versions of maps and upload them to a server that showcases community content, which now includes thousands of original "levels" made my users. As such, I also do not believe the game infringes on the "level mechanics" of State.io.

Side-by-side screenshots of Map Wars and State.io do not show any comparable UI, because I drew and created all of my UI using Unity and Photoshop and did NOT copy State.io. The shape of certain maps may look similar, because both apps used world maps as potential settings for certain levels. State.io does not hold the exclusive rights to use world maps, as world maps are available in public domain. All aspects of the menu UI, shop UI, community UI (of which there is no corresponding page in State.io), and settings UI in Map Wars have ZERO similarities to State.io's UI. The usage of a bar at the top of the page to represent the presence of populations may be implemented in a similar manner, but similar bars can be found in a vast variety of games published before State.io, of which I will attach one example, Ravenfield.

Map Wars has minimal visual effects due to my lack of expertise in animation, and the game itself mostly just includes a colorful map. I do not understand which particular copyrighted visual effect I borrowed from State.io, because I did not borrow any.

Azur Games claims that I copied their level mechanics, but my game literally has a linear level-by-level game progression, including two categories of playable levels. State.io has a similar level system in that its level system also goes level-by-level, so the only similarity in the two games in level mechanics is the fact that both games have a linear level system. Linear level systems have evidently been in games for much longer than State.io, and is definitely not a copyrighted concept. Also, in order to begin a level, State.io has a "tap to play" button on its main menu. Map Wars, on the other hand, requires players to select a level after clicking on "play" from a dropdown of levels, which also includes other offshoot levels like United States' elections and AI battles, none of which exist in State.io. On top of this, Map Wars includes an entirely different community section, as mentioned previously, that allows users to create and download their own content using a map editor and a community maps page that showcases user-generated levels.

Thus, I kindly ask that a review be made accordingly and my app's rights be protected against claims by State.io.

I am deeply distressed that Azur Games plainly requests a "deletion" of my game and cites their "high respectability" as a "Top 3 publisher in the world by downloads". As a student in California, I do not have the resources to sustain legal actions and can only defend myself with my own words. Azur Games' blanket claim that my game is a "clone" of theirs is a completely unjustified claim, as I have demonstrated in my attempts to argue against every point the made against me. If there are any elements of my game that Apple deems to require a change, I am willing to modify them in accordance, but because the game is fundamentally different from State.io, I strongly believe that a "deletion" of my app is entirely inappropriate.

Sincerely,
Feng Yong
My dad didn't actually know about this happening until I "won" the case when Azur Games ignored Apple's request that they offer a rebuttal to my rebuttal of their claims. So I won a case for him he didn't know existed. Below are the attachments (I hope you're able to distinguish between the two). 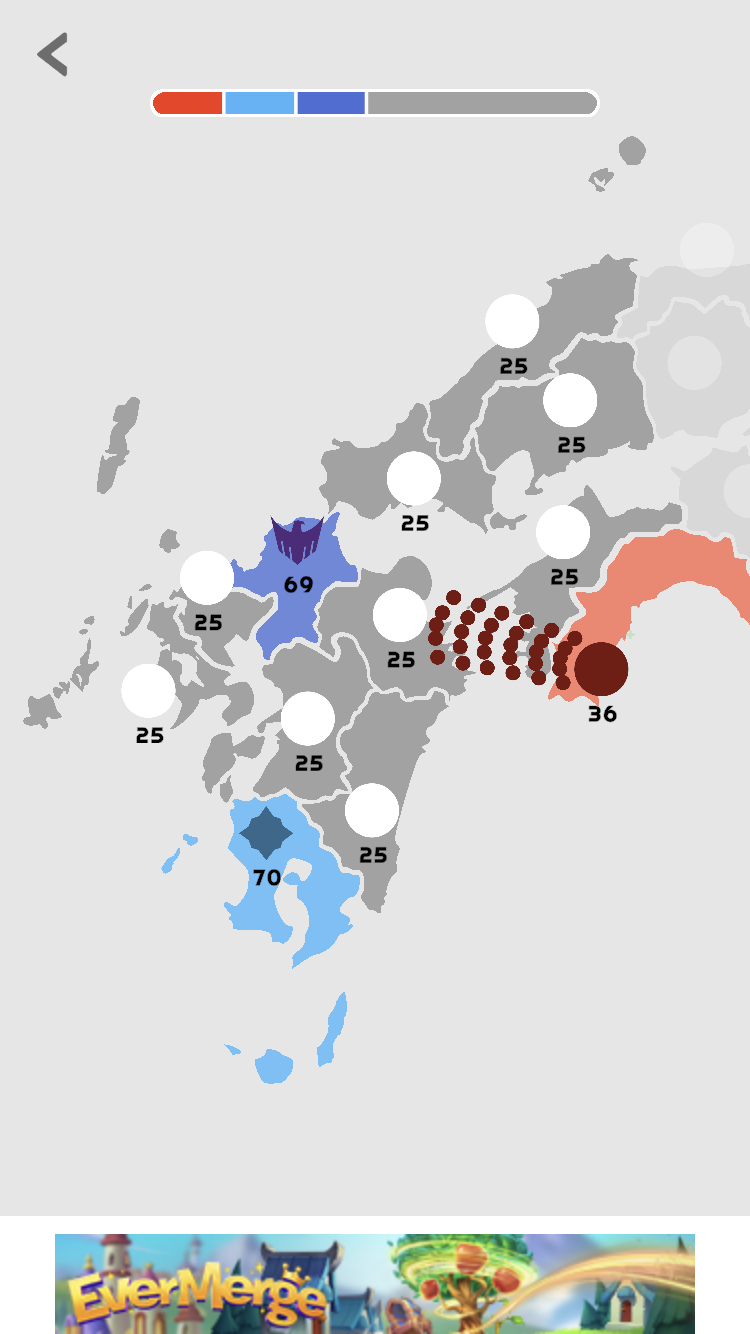 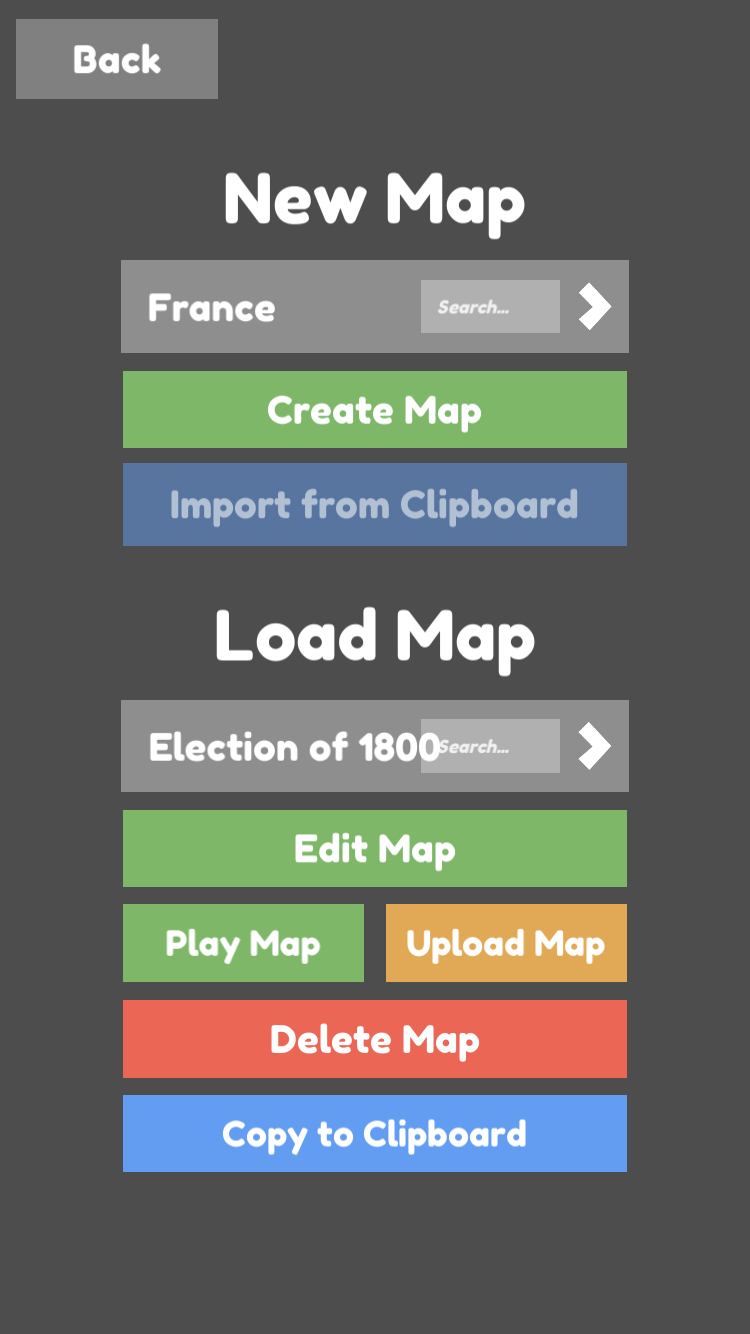 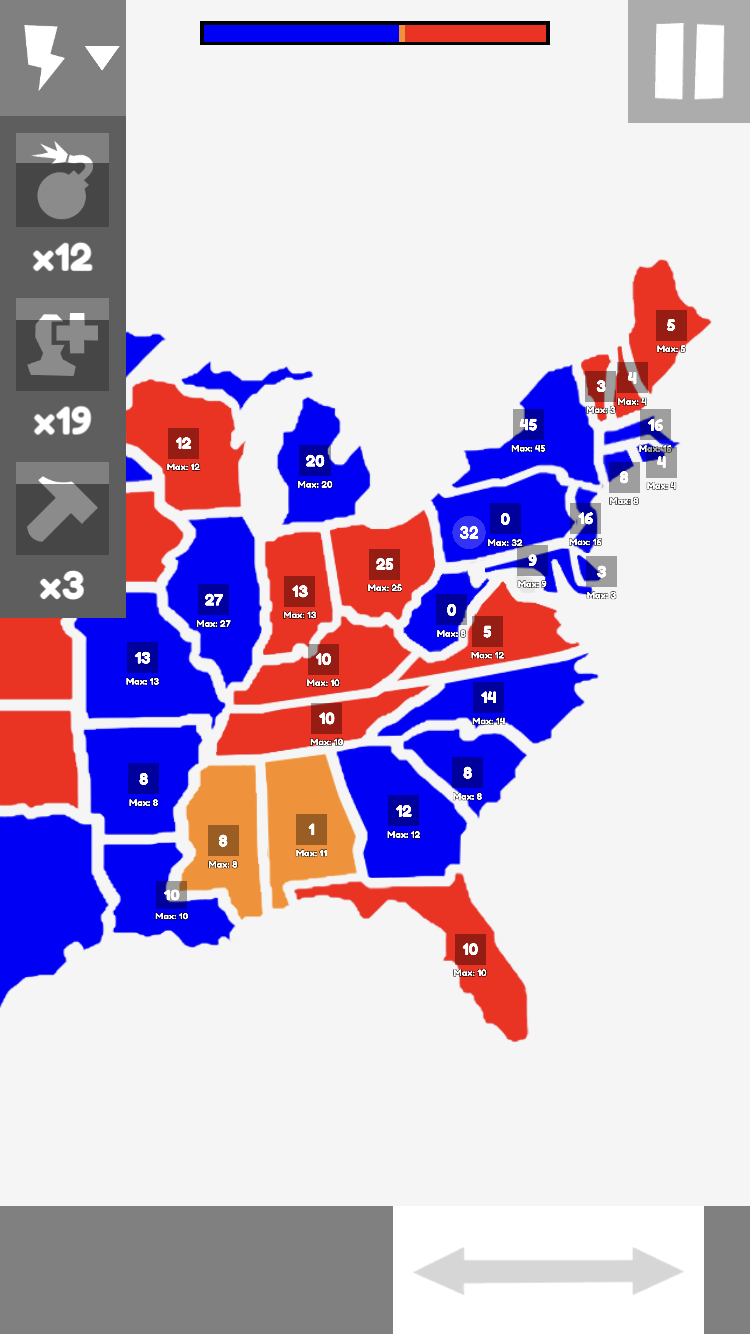 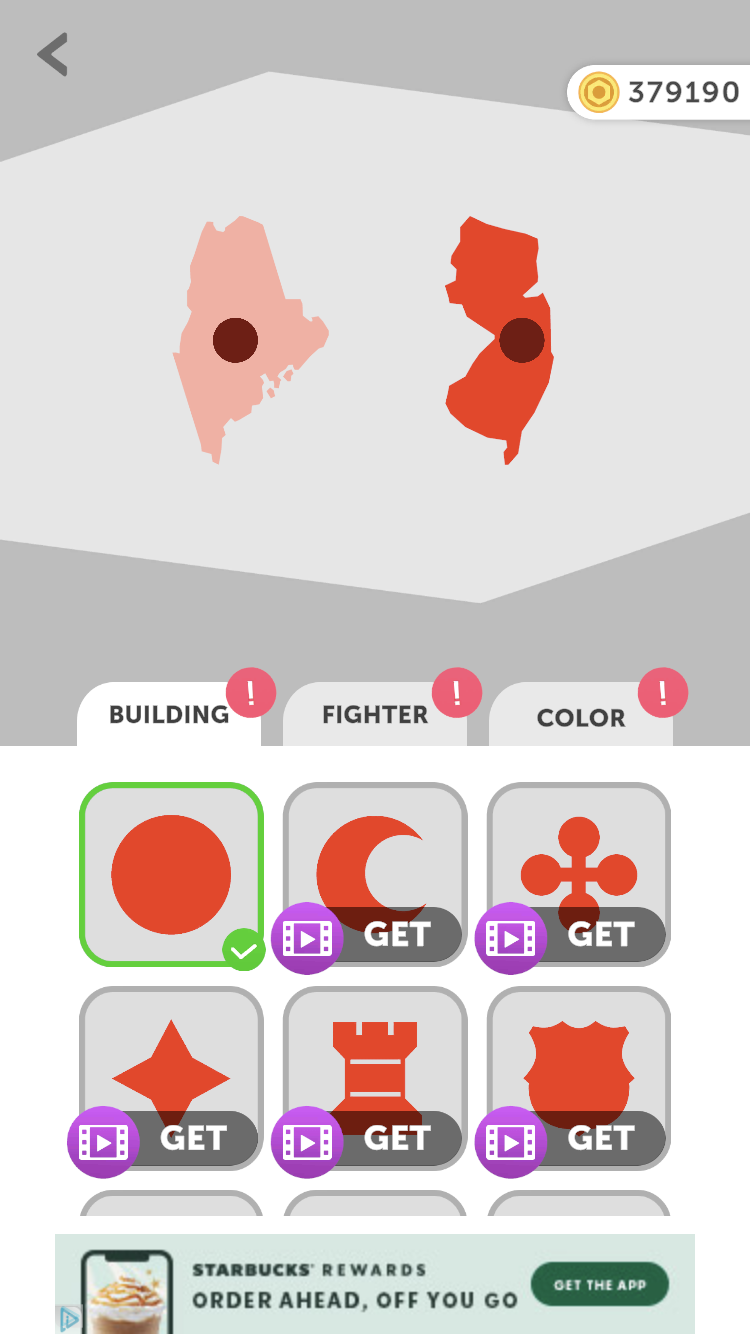 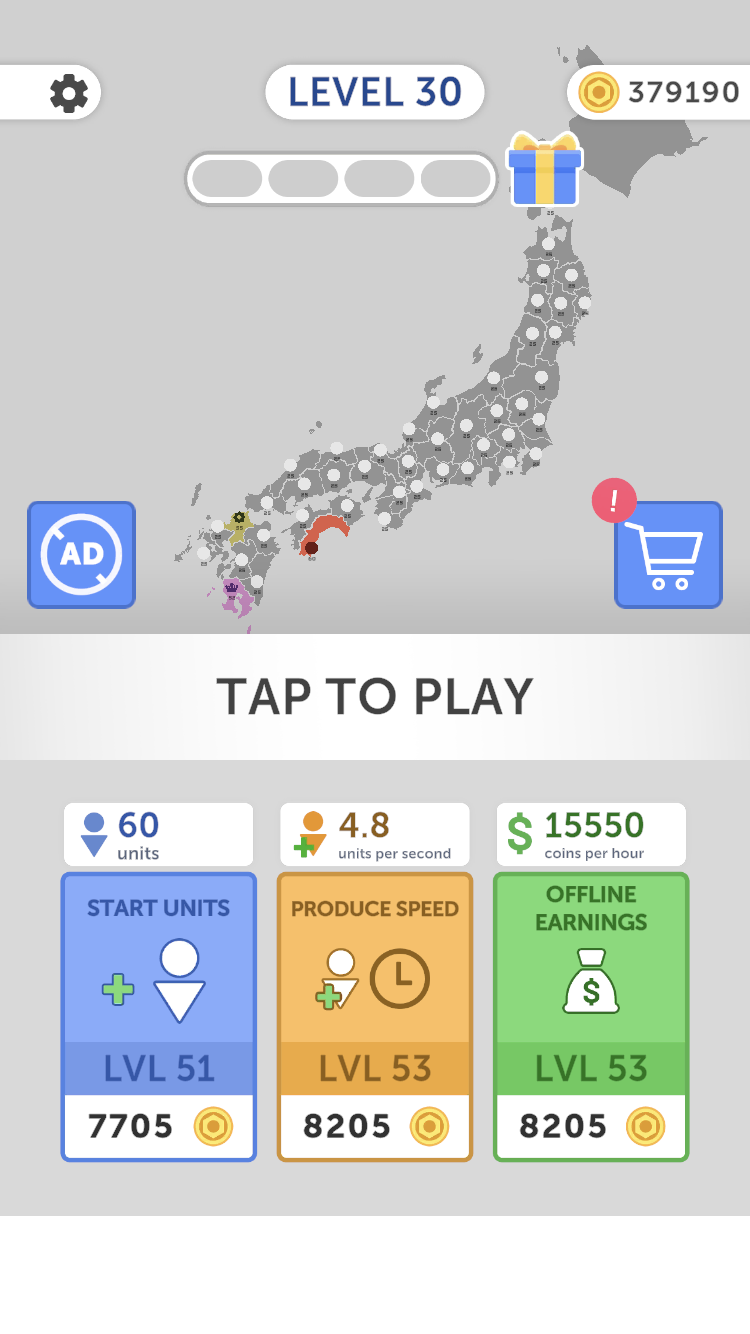 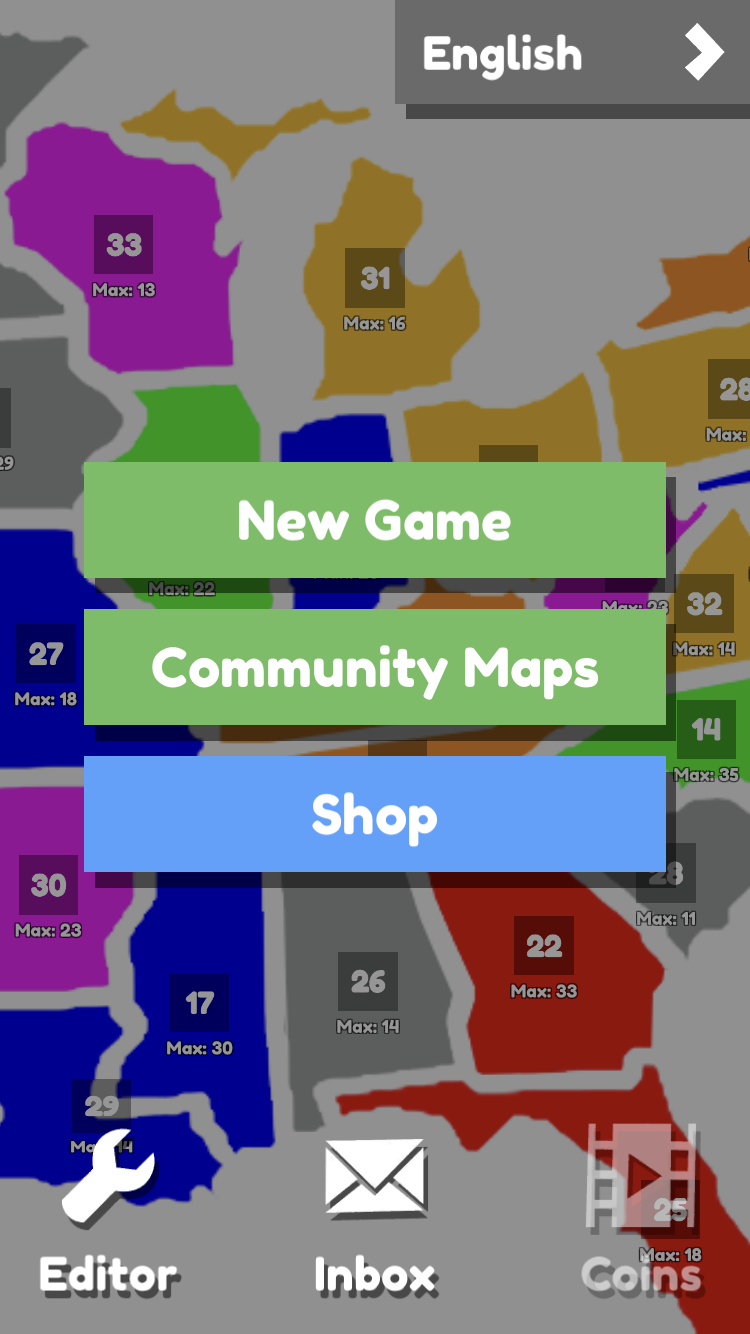 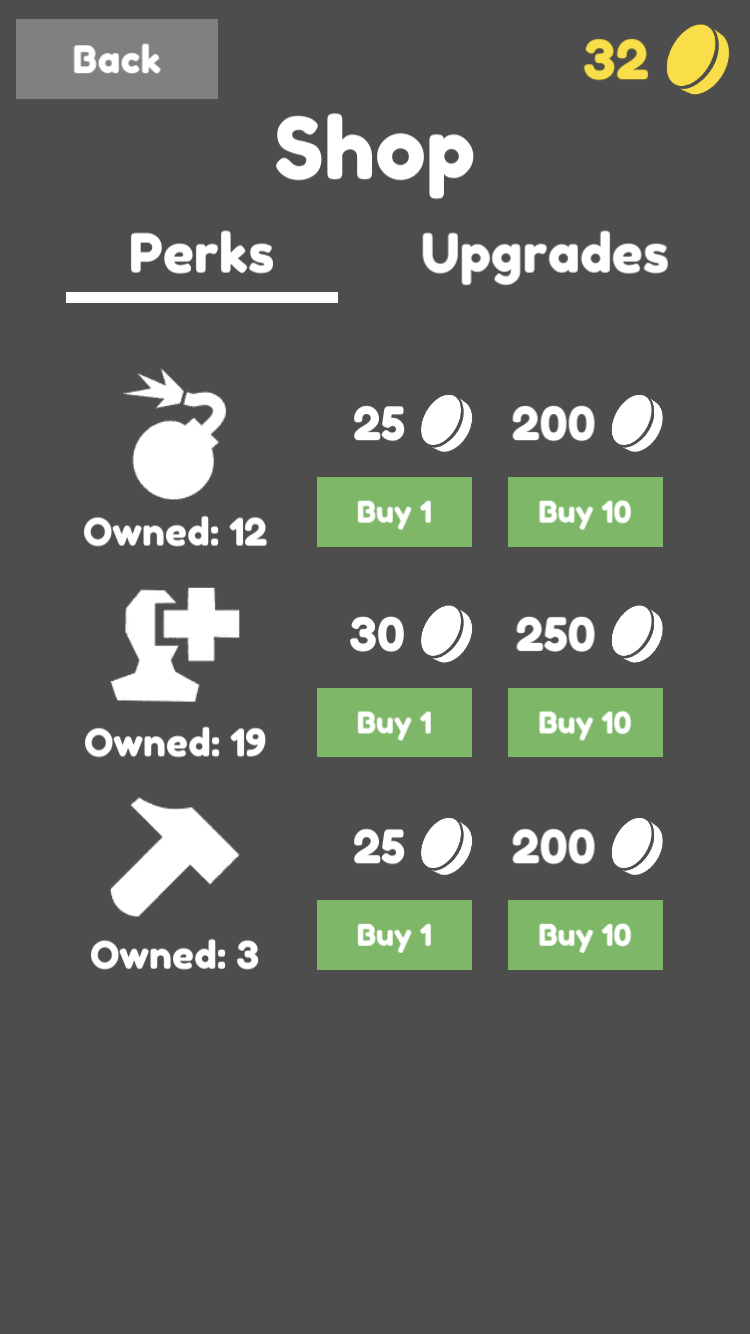 A small relic from CMU

When I took a CS course at CMU last summer, the final project was to create an application using only the bare-bones graphics interface given by the course notes in python. What I didn't know was that prof. Taylor would announce a project vote right before the projects began, and three winners would get a little statue he laboriously 3d-printed of the CMU classroom with his signature. As a game developer, perhaps along with a hundred other sweaty developers of all types, the race was on to win an award that was worth little more than a dollar on Ebay with the price of our health and sanity.

One week later, I made a little tower defense game, complete with multiplayer, tower upgrades, and customizable enemy waves, all in bare-bones Tkinter with zero graphics. Perhaps that was a good thing, because the ones with graphics slowed to a crawl from python's inefficient nature.

I barely got third from the vote and another guy, called -- guess what -- also Zach, got first making 3d Minecraft with nothing but a python terminal. So the two of of us, now both acquainted with droopy eyes, went home with a dollar's worth of a statue and proved we could thrive amongst a-hundred-and-fifty computer tryhards.

That little blue thing on the left is the "statue", and that's my game getting shown on the right. Somehow this felt bigger than it should be, perhaps because I proved games can win in an academic environment, too.

Sometime early in 2021, a company called Yodo1 reached out to me for collaboration. After checking out their website, I thought I'd won a jackpot... after all, they published many of the games I played or at least heard of as a child like Crossy Road and Cut the Rope. They even made a dedicated group chat team and had one of their employees call me for something like two hours with someone based in Vancouver, where I told them I lived at the time, so I thought I was in for something big. Turns out it's mostly fluke, because they just wanted to take a cut of my advertising revenue by getting me on board with their advertisement platform. After about two months of this, I realized my ad revenue was half of what Google paid me, so I quietly switched back to Google and that was the end. Except... the money they took they I never was able to cash out. Here's that original invitation email:

I guess saying they're a scam is too harsh, but they did make it sound like I was about to be a part of Silicon Valley or something. I've since received about a handful of similar emails from companies as high profile as theirs, though I've now learned to kindly move them to the archived section at a moment's glance.